Tips and Tricks: Working Out the Kinks in the Web App 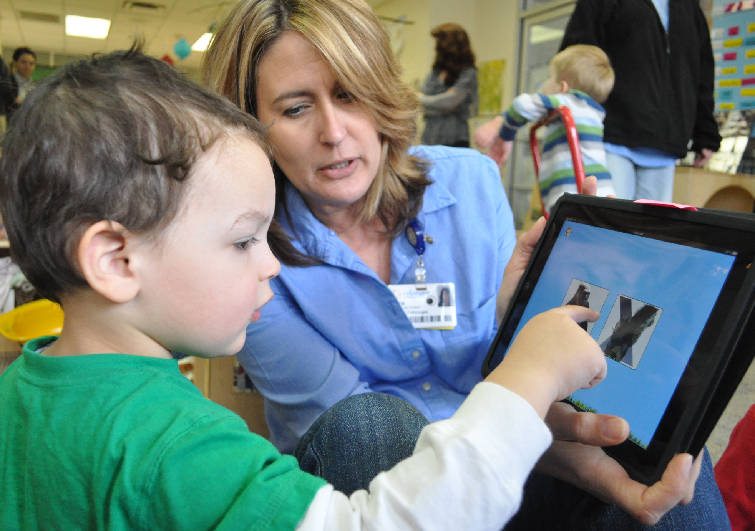 As many of you know, Practice Perfect is a locally-installed Windows-based software. However, we also offer a cloud version of Practice Perfect that enables you to access the software from any internet enabled device, such as an iPad, tablet, or smartphone. Although somewhat limited in its capabilities (you can only complete scheduling and documentation tasks in the web app), it provides users with new levels of accessibility.

Similar to the full version of Practice Perfect, we’re always making improvements to the Practice Perfect web app, too. In this article, we’re going to share a couple tricks for working out the kinks in the web app:

When creating progress notes in the Practice Perfect web app, you may have noticed that some seemingly  random characters (â€~) have begun appearing in your notes. More specifically, these characters will appear in your progress notes after saving, closing, and then reopening them at a later time. Fortunately, we’ve been able to identify the root of this issue.

The reason behind these strange characters appearing in completed progress notes that originate in the web app has been traced to the inclusion of quotation marks (“) and apostrophes (‘). Normally we’re big fans of good grammar, but not when it interferes with your progress notes.

Users who complete their progress notes in the web app while using iPads may have noticed that these strange characters are appearing more often as of late. The reason behind this is a new feature in iOS 11 called “Smart Punctuation”—and its tendency to interfere with data entry is a well-known issue.

Essentially, when the “Smart Punctuation” detects that you should be using an apostrophe, like when you’re using a contraction (i.e. I’m, should’ve, can’t, etc.), it will automatically insert the character. The trouble is that this character can’t be translated into Practice Perfect, so, you end up with some strange character’s like â€~ in your progress notes. But there’s no need to worry because disabling this feature is super easy. Check out the screenshots below to see how to turn off “Smart Punctuation” in iOS 11: 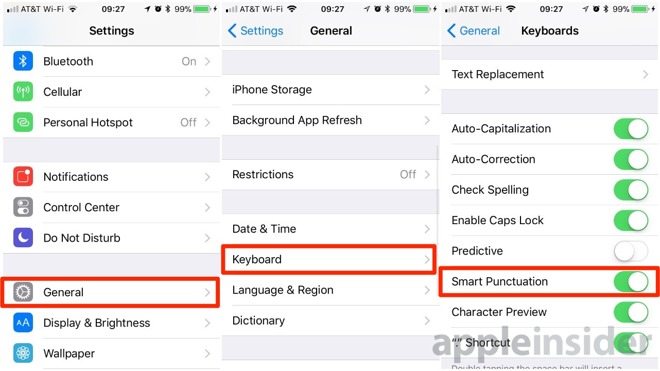 I think that we can all agree that bookmarks are one of the greatest things to ever happen to the internet. Life is just so much easier when you’re able to return to your most-visited webpages with the click of a button. And being that many people are using the web app on a daily basis, it makes sense to bookmark it. But we’ve noticed that a handful of people are bookmarking the wrong webpage, and this is causing some frustration when they attempt to return to the web app.

Now, when you access the web portal, you’re probably accustomed to entering a link similar to this: https://app.practiceperfectemr.com/v2/<YOUR-CLINIC-NAME>

However, after entering this link, it is translated to something funky like this: https://app.practiceperfectemr.com/emrV2/483/#/login/v2/<YOUR-CLINIC-NAME>?_k=eg4s4f

The funky link above will vary based on the current version of your server. In short: do not bookmark the funky link.

When bookmarking the web app, bookmark the first, simplified version of the URL to avoid any issues accessing the web app after your server has been updated. 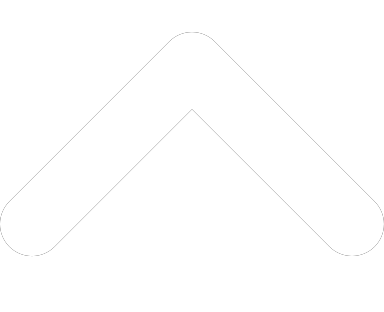